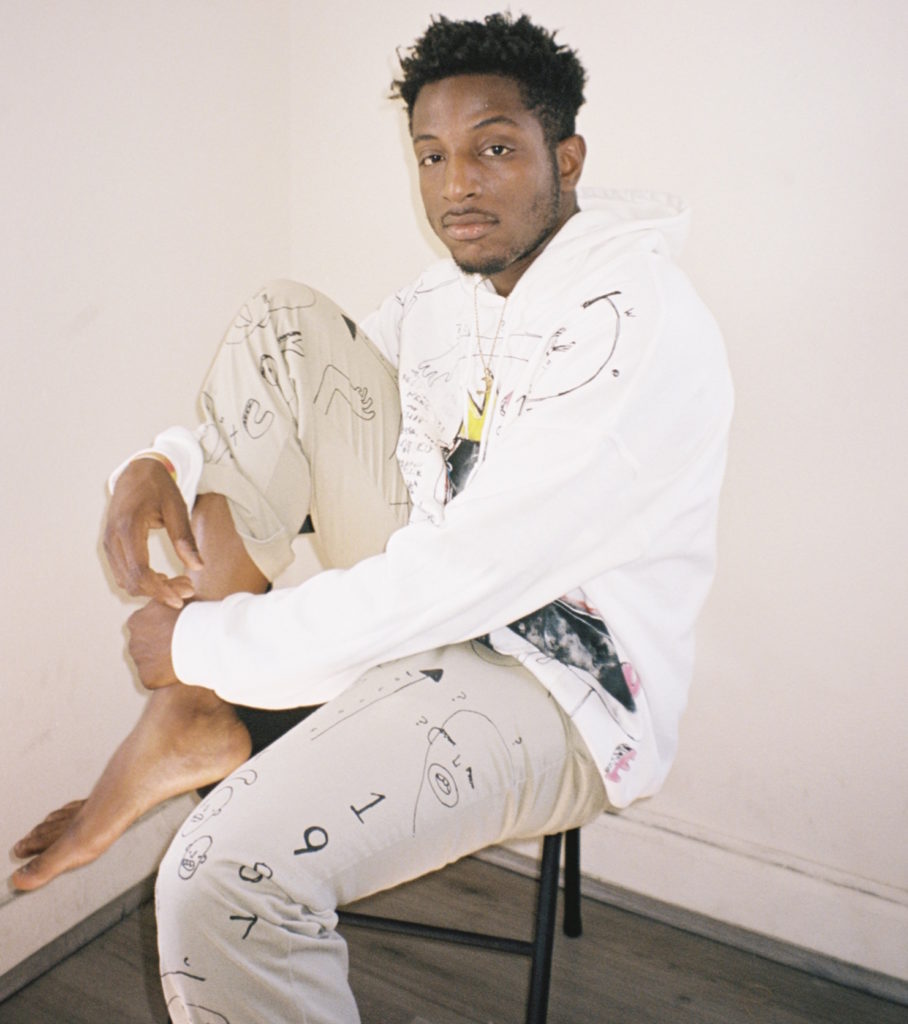 Born in the city of Port-au-Prince, Haiti whilst growing up Winter Haven, Florida at a young age, John Peterson Mezier aka Ali Oyo knew at a very young age that he was poised to make music. Like any kid growing up in the 90s with a profound love for music, he took it upon himself through burning CDs and downloading apps like Limewire to gain only a fraction of the type of music that was already out at the time. As of right now, the 23-year-old is currently promoting his latest project entitled Lil Haiti Rebel, an album that speaks as a focal point for young immigrants coming into this country, oftentimes with very little to no resources and creating a blueprint for survival.

To be able to wake up every day and be proud of one’s creative output seems to rest heavily on his mind. There’s been a lot of hardships that Oyo has had to face to get where he is now, but he’ll be the first to tell you that he’s blessed to be where he is because he felt saved. He came out of the darkest of spaces and came out shining, and it’s this project Lil Haiti Rebel that seems to reflect that in the most positive of light. On a busy Monday night in Downtown LA, our writer Abel Araya got a chance to sit down and talk with Oyo about his experiences growing up in a family that wasn’t fully invested in music, how he used his personal and familial experiences while making this album, and the degree of obstacles he had to endure in order to come out on top.

AMFM: Being that you’re from Florida, and surrounded by the Haitian culture, what inspirations did you get from living in those experiences that helped inspire you to make this Lil Haiti Rebel? 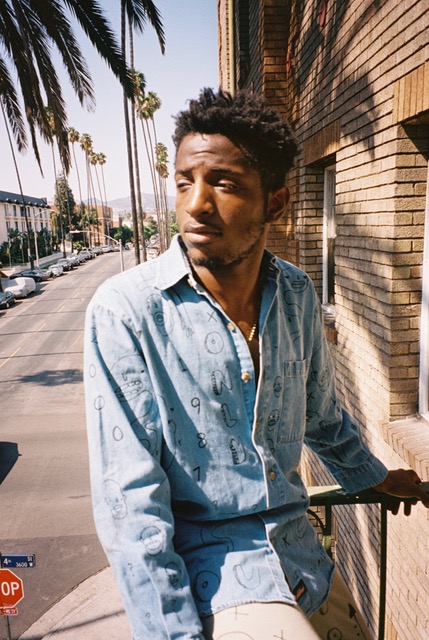 OYO: Honestly, I wanted to tell a story about an immigrant kid who comes from small beginnings, who has hopes and dreams and aspirations, but has to deal with these realistic everyday struggles, especially as an immigrant and a young black boy. This album mirrors a lot of experiences I had growing up, and I just wanted to tell that with the emphasis that the message would be well received.

AMFM: What were your first interactions with music when growing up? I imagine that growing up in a family with members that are not music-savvy, it’d be difficult to find those gems, no?

OYO: No one in my family, other than my grandfather, does music. He was like in a jazz band, part-time, but like it’s so distant from their thoughts, the idea that I could be doing this. The first song I ever heard, I was maybe like six or seven, and I heard Destiny’s Child on the radio. I forgot what song it was, but I just remember riding in the car with my uncle bumping this song. Then, a couple years later, he gave me a Young Jeezy CD that he never wanted, so I just took that home and I was like maybe 10 or 11, and just digesting it, and that got me into other artists as well. After I learned English, I would always just write, tried to get better at it day by day. And that’s when it hit me like, I want to do what they’re doing, what I’m listening to.

AMFM: There’s a sense of balance with this album between what some would say as lyrical and others would say as mumble rap. I feel like it’s a good thing to kind of place yourself outside of those categorical boxes, so talk about the process you had in making this record, knowing that that was on the back of your mind.

OYO: That was definitely in the back of my mind. I’m conscious to a degree, you know? Because I never want to come off as a preacher to anybody because I live with the same faults that everyone lives with. Whenever I write, whenever I tell a story. Whenever I make music, the question I ask myself is, how can I put it in a way that reveals that I’m an everyday person, and yet show that I’m speaking it to a volume so anyone can put themselves in my shoes and relate, not just one person? So, that’s kind of how I approached it. 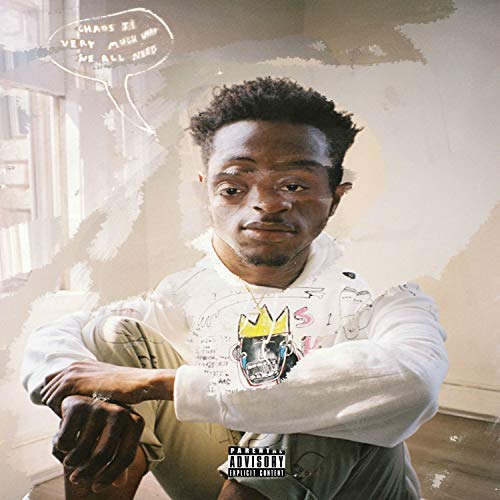 AMFM: The album cover for Lil Haiti Rebel is really interesting. On the cover, there’s this little bubble presented on the top that says “Chaos is very much what we all need.” Can you expand on how you came to approach that, and what it means to you?

OYO: I think that was there, cause that kind of goes hand in hand with the rebel mentality. They say true rebellion is to fight against yourself. So, in order to become what you need to become, you have to fight for it. So, chaos is very much what we all need to become not only who we want to be, but to see the change we all want to see as well. So whether it be politics or whatever; chaos is what we all need to change the world.

AMFM: And of course, chaos was what was needed when the country of Haiti declared its independence from the French back in the 19th century. So going back to the album, the cultural history that you grew up learning about and being exposed to—how much of that energy was applied into you making this album?

OYO: Yeah, It applies because I’m aware of where my people came from, what they had to endure, so I know what’s inside me. If I have to dig deep, I have the warrior spirit and the warrior blood and mentality to be like, ‘Yo I see things are fucked up out here, so don’t be scared to fight back’. Don’t be scared to be yourself because the world needs you to believe and speak out on issues that are effective to your well being.

AMFM: It’s very subtle, but you speak about God in your music in a way that doesn’t come off as very preachy, but it certainly doesn’t go unnoticed. You’re not afraid to talk about how much you worship God, and how much that belief has been embellished into your psyche. You barely see that level of commitment in just the everyday people, let alone rappers. People are afraid to talk about how much they have love for God, when it comes to writing their music. So how did God find you? 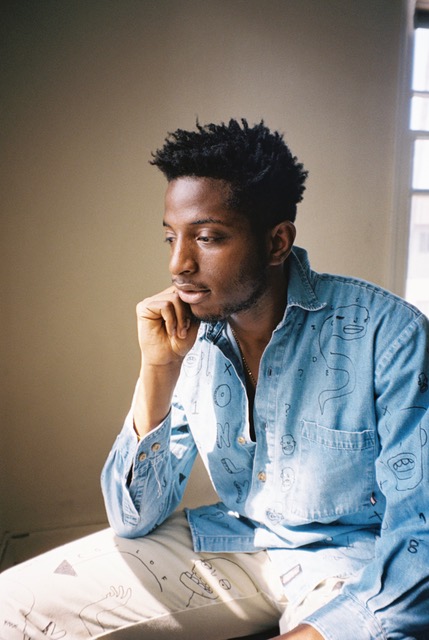 OYO: Man, let me tell you this…so I was supposed to go to Atlanta from Florida, and I fell asleep on the wheel and the car veered off the driveway, and it crashed. And shortly after, I ended up going to jail that same night because I had a suspended license, so I spent the night in jail. And I remember just praying one day saying to God like ‘Yo, if you ever give me a chance to really embark on a journey to make this possible, I will always spread your name wherever I go’. Ever since then, I’ve never lost that faith because I got spared in that car accident.

AMFM: Do you feel like you’re going through this stage of redemption, where everything that you say and spread in your message is because you feel like you owe something to someone? Is that fair to say?

OYO: Exactly! Not only do I owe it to myself, but I owe it to a young kid in the world, wherever he’s at. As simple as it may sound, it still rings true. Like if I could do it, you could do it. Free yourself, but in the moment of freeing yourself, you end up freeing somebody else as well.

OYO: One thing about me [that I want them to understand] is to stay true to yourself, and do you to the highest. If you’re going do anything, do it to the highest. Whether it’s a sport, a career choice, it all applies—do it to the fullest. That’s one thing I definitely learned from being out here in LA; there’s certain moments when making a project where your confidence wasn’t at the highest, and that’s understandable, like we all go through the motions, but one thing I can say that is to stay true and do you to the highest.

Check out Lil Haitian Rebel below: