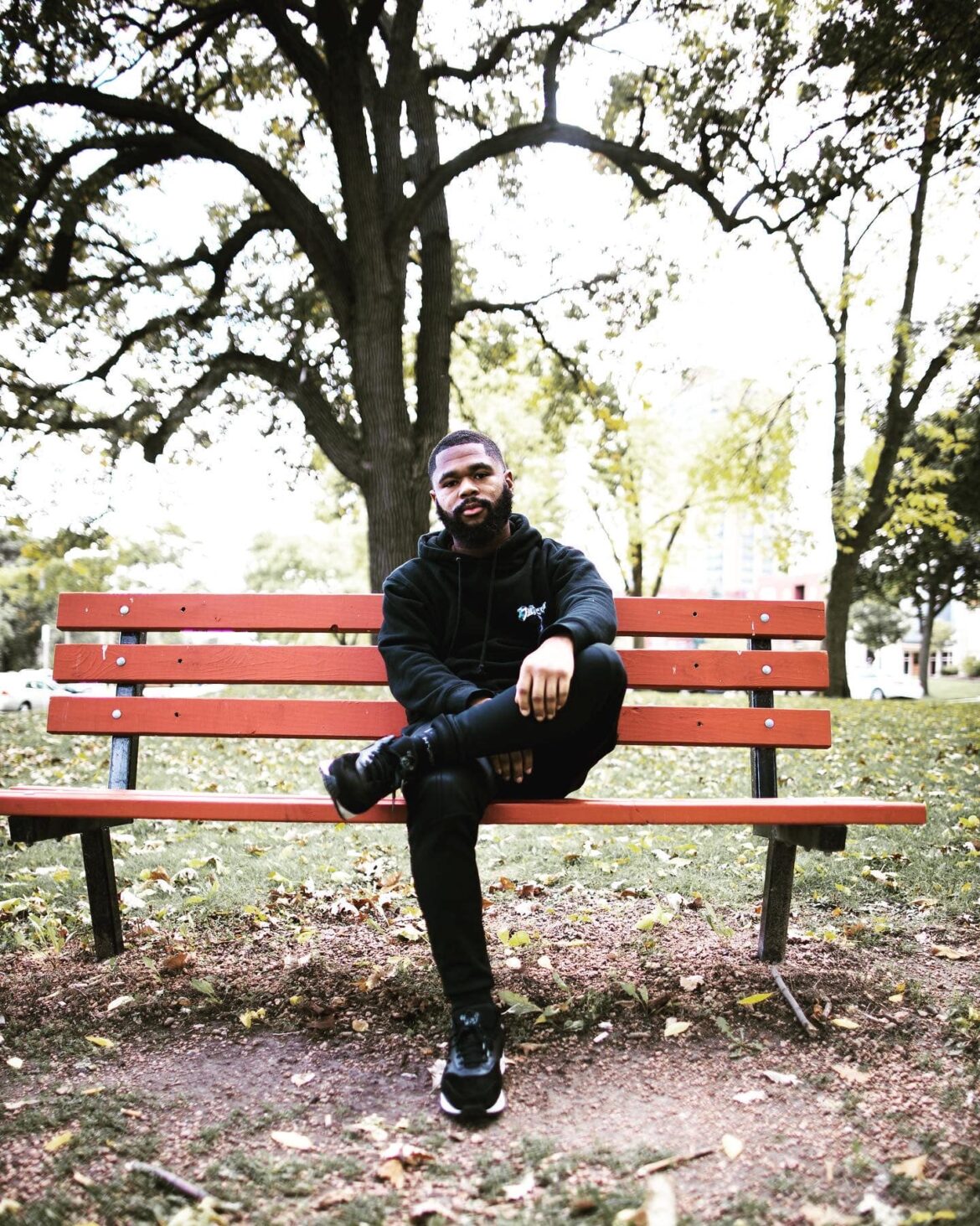 Ninety miles west of Chicago’s notorious music and art scene is Milwaukee’s burgeoning Hip-Hop scene. Within the past five years, artists within the city have pulled inspiration from big-shot Windy City names and Detroit beats to break the mold of mainstream Milwaukee music and become a force to be reckoned with. Milwaukee’s own influence on its artists’ experiences and inspirations is undeniable, with artists like breakout artist, Kenny Hoopla, the veteran Webster X, and the New Age Narcissism crew, the city has rousing sounds that differ from one artist to the next. Music inside Milwaukee is gritty on one hand, and playful on the other, but for Von Alexander, those two moods live in harmony with each other.

Von Alexander has been making music since he was a teenager and released his first EP VON in 2015. He’s the kind of artist who never stops producing and evolving. Since 2017, he’s released three full-length albums, including his latest, As the World Turns. When listening to his work, it’s hard to reduce it to one sound: its soul, trap, lo-fi, future bass, and so much more. And with artists like Mudy, Lucien Parker, and Thirdy6 making cameos, As the World Turns makes for easy listening no matter what mood you’re in.

Von talked with our writer KC Esper about making music in Milwaukee and making more ambitious moves in the future. 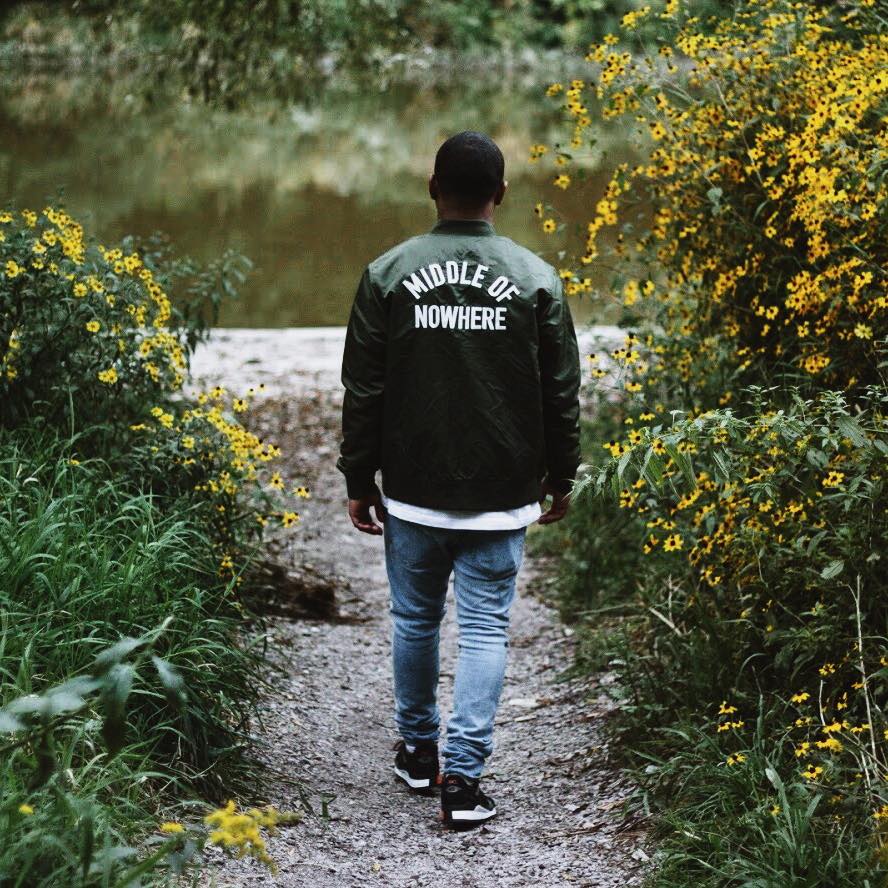 AMFM: How does living in Milwaukee influence your sound? What aspects of the city do you pull from to find inspiration?

VON ALEXANDER: Milwaukee influences my sound heavily. It’s a place that really builds character and can just give you a true perspective of the things around you. I make sure that when I write these words it’s acknowledged. I’m from the Northside, and I try to not only tell my own story, but also tell the stories that share an enhanced idea on what it’s like growing up in the city. It’s a place that shows you how to really get out of the mud and be hungry, that’s what I feel my music embodies from Milwaukee. It’s my home.

VON: I keep my sound fresh by just experimenting, I never want to create the same thing twice. I feel that there’s a certain power in versatility, staying outside of the box and not placing a ceiling over your talent. Finding different pockets and rhyme schemes is something I enjoy—I have fun finding ways to catch a flow that I know is new to me and just making it my own. When you hear me, you know it’s Von Alexander. That’s a way I would like to continue progressing my sound, just sticking with the idea of experimentation and not thinking anything can’t be done.

AMFM: Did you find this period in history especially motivating to keep creating?

VON: This period in history definitely lit a flame in my creativity. It gave me the time to really tap into new ideas and sharpen my skill. It shows in my latest release — the different moods I had experienced, and how it has started to change my outlook on things not only in the music, but in my everyday life. I try to capture moments in my music, and I treat every song like a time capsule. Every song on my latest project is a different moment in time throughout the past year.

AMFM: Opening As the World Turns with “Magnificent” was definitely a power move. The album starts with this hardcore, gritty song and fluctuates between similar songs, chill songs, slow songs, and everything in between. When you were crafting the album, were you intentional with the moods you were delivering, or did it just come together based on how you were vibing day to day?

VON: When making this project the process of it definitely became day to day, sometimes once a month—just depending on how I felt the day I choose to write. That’s where the concept of the project came from, just different moods being placed into the music. Some songs were made all in one sitting, some were spread out and took weeks or months to fully piece together. “Magnificent” was the last song I wrote, and one of the last songs recorded, but I felt like I couldn’t release As the World Turns without it. 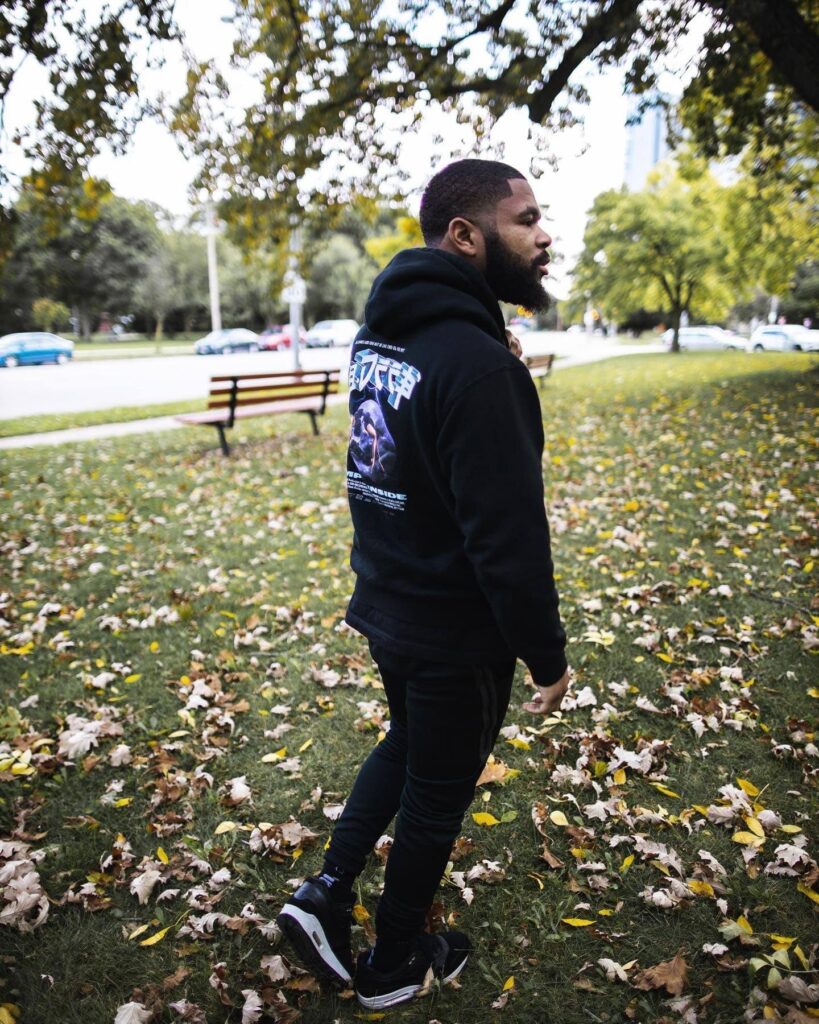 AMFM: Is there an artist you’d love to collaborate with in the future? Was there one you collaborated with on your most recent album that was especially fun?

VON: There’s a lot of artists that I’d love to work with, especially in Milwaukee. One of those artists being WillOnWater. I’ve been playing his latest project a lot this past fall and winter. WillOnWater and I have known each other for a while and have yet to work together, so I’m looking forward to making that happen. Every artist featured on my latest project are all artists I enjoy. I also wanted to work with artists from home who I feel like are just great. I’m not always big on features, so when I do look for a feature, I want it to be something special.

VON: I want to just continue to grow, my goal is to truly make an impact through my work. When it comes to experimenting, I want to definitely tap into a completely different sound, I’ve been planning it for a while now so I’m definitely excited to see what comes from it.