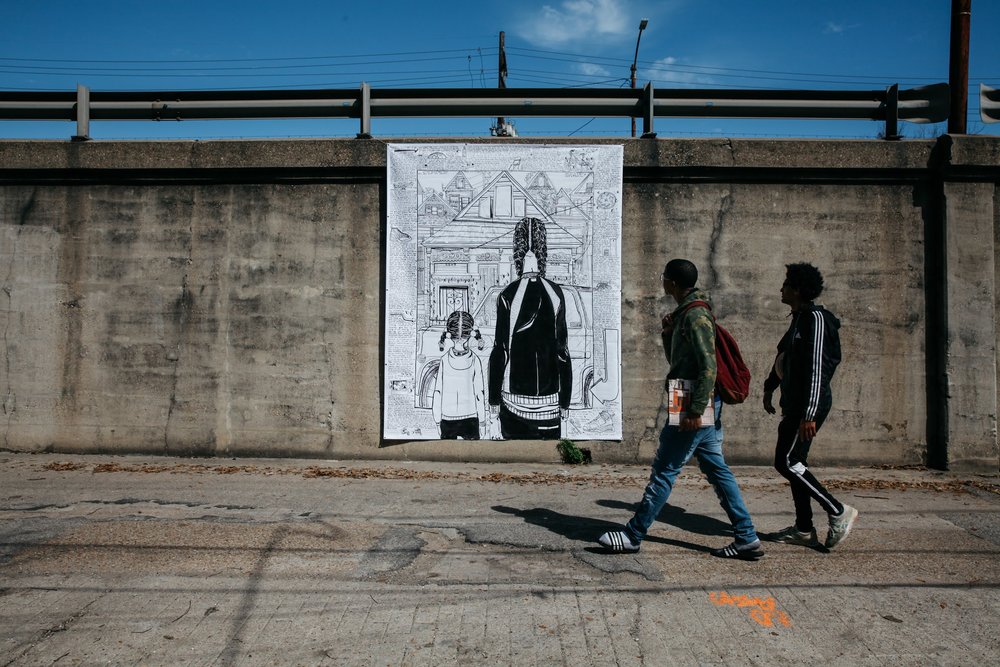 With his ear to the streets and his hand to the canvas, Champaign-raised visual artist Langston Allston has made it his mission to be a top-notch listener. Since graduating from the University of Illinois in 2014 with a degree in Painting, Allston has had his palette full with many opportunities to share what he’s heard. At the core of each opportunity has been his remarkable knack for storytelling through a range of studio art as well as large scale murals. His distinct, comic-book inspired style blends illustration and text to highlight people and moments in his work. He has had two notable solo exhibitions in Chicago, “When People Could Fly,” and “Radiant City” in collaboration with embroidery artist and designer Emma Mckee. He has also created murals both in his hometown and new home in New Orleans.

A bulk of the work done by Allston is focused on amplifying the voices of people living in the communities he has been a part of. A huge influence on his work has been his travels – not only in and around his hometown, but around the U.S. as well. He has most recently uprooted from Champaign and repotted himself in the historically-rich soil that is New Orleans. His mission to share narratives through his own experiences has only gotten more full. Collaborations with the Always for Pleasure Festival (2018), Habana Works (2018), and the New Orleans Center for Creative Arts (2018) have allowed his art to cultivate and grow like the stories of the communities that have embraced and inspired him. Langston Allston is a firm believer in sewing those inspirations into his work in order to bridge the past and present. 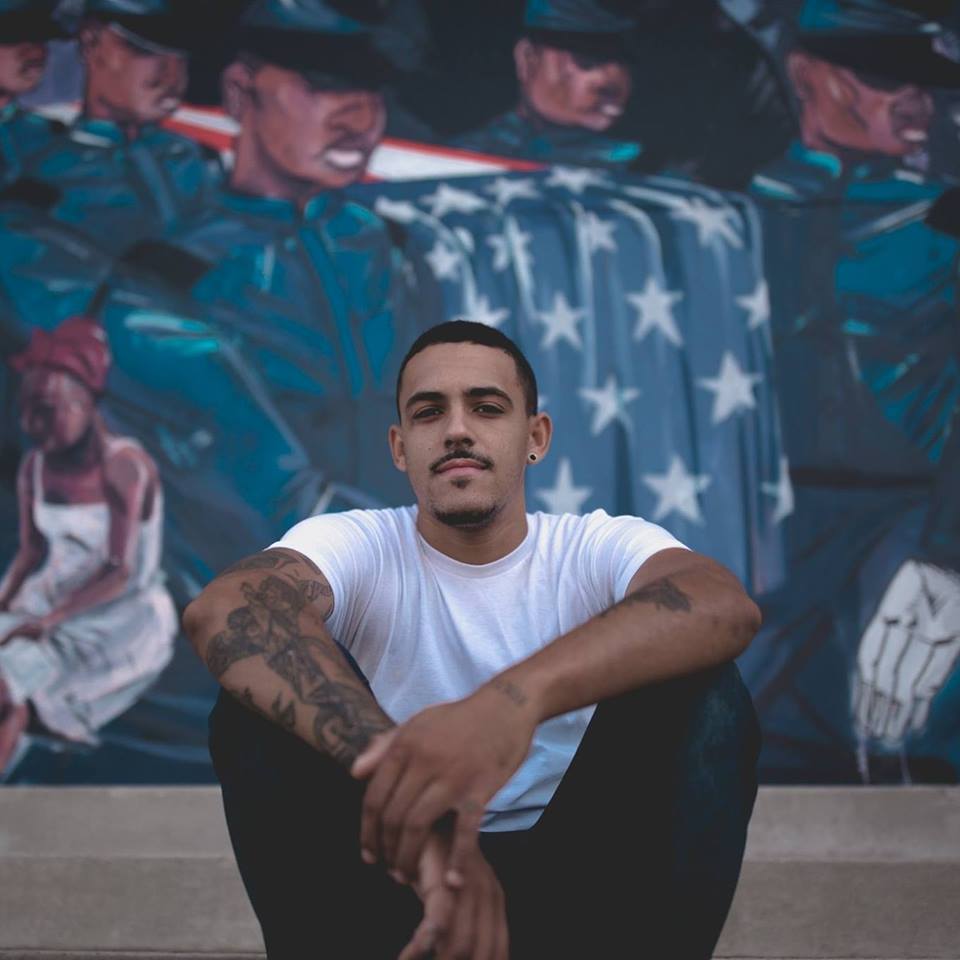 AMFM: What was your first story you ever shared through art? How has that moment shaped the stories you share in your current work?

LANGSTON ALLSTON:The first stories I ever tried to share through public art were in Champaign, where I grew up. My parents were really tied to that community. My dad had a restaurant and spent most of his time in the city working in kitchens and in a local bookstore, so people really knew him. Through him, I got a lot of stories about the community. I did a pair of murals that were really about Champaign, and people that made it the place it was, a place for my pops to come of age in, and for me to grow up in. The first one was in an alley that used to have a bike shop. My dad had this relationship with that particular shop that was really similar to one I had with a bike shop that was in my friend’s garage. We’re both super in love with bikes. He got his first good touring bike in an alley and I built up a decent fixed gear bike with friends in a garage. I made a mural that tried to talk about that. It’s funny because I didn’t really tell that story as clearly on the wall as I wanted to, but I was learning. The second one was about a local loved one, kind of a celebrity named Chef Ra, at a bar he used to hang around, run by one of his best friends. My pops also knew him, I guess he cooked the first corn on the cob I ever ate? I’m from central Illinois, that’s a thing. Both murals had a lot of impact in Champaign, and were huge stepping stones for me learning visual storytelling. 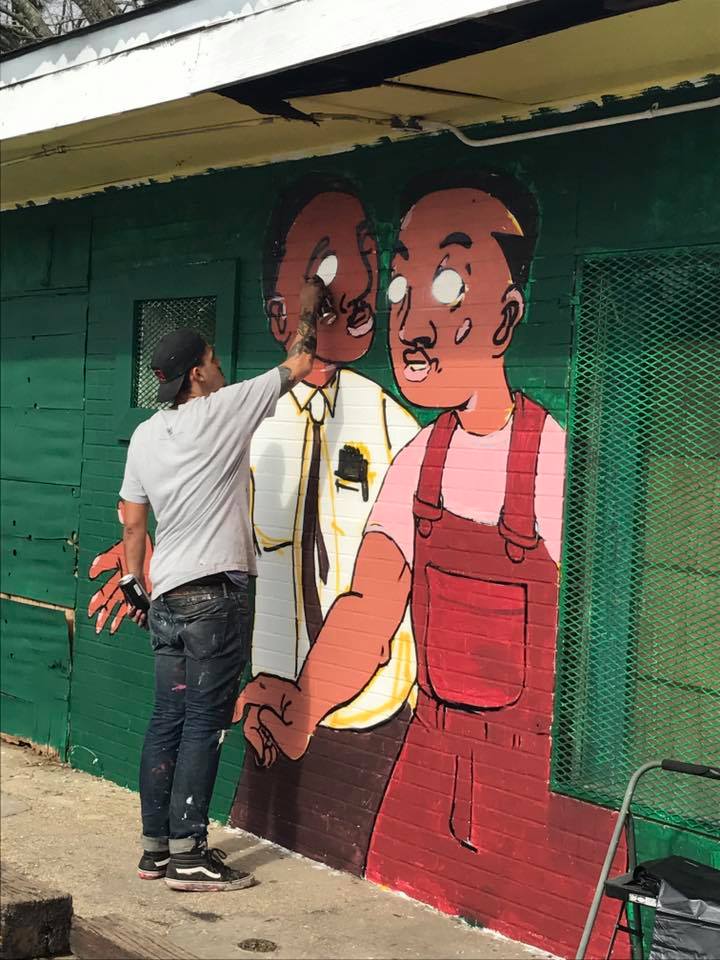 AMFM: In a 2014 interview, you spoke of exposing mythologies of black men predominantly in your studio work and shying away from exploring those themes in your public art. How have the events of recent years shaped your stance of making palatable public art?

ALLSTON: In 2014, I think I was being radicalized pretty intensely. I ended up in Ferguson, MO that October, and then in NYC the following summer. That was a time where I really learned what political activism in the streets could look and feel like. All while that was happening, I was trying to make art in a fairly small town. Even though Champaign has its share of injustice, the appetite for speaking truth to power is really limited. I falsely believed that I was limited in what I could express because of that bubble I was in. As time has gone on I’ve learned a lot. My zeal for political action is a little less, but I’m more committed than ever to making art that’s true and impactful. Since that interview I’ve really looked inward and started making work that less about “the world” at large, and more about my honest experiences. Now I don’t want to teach anyone, I just want to tell true stories however I can. 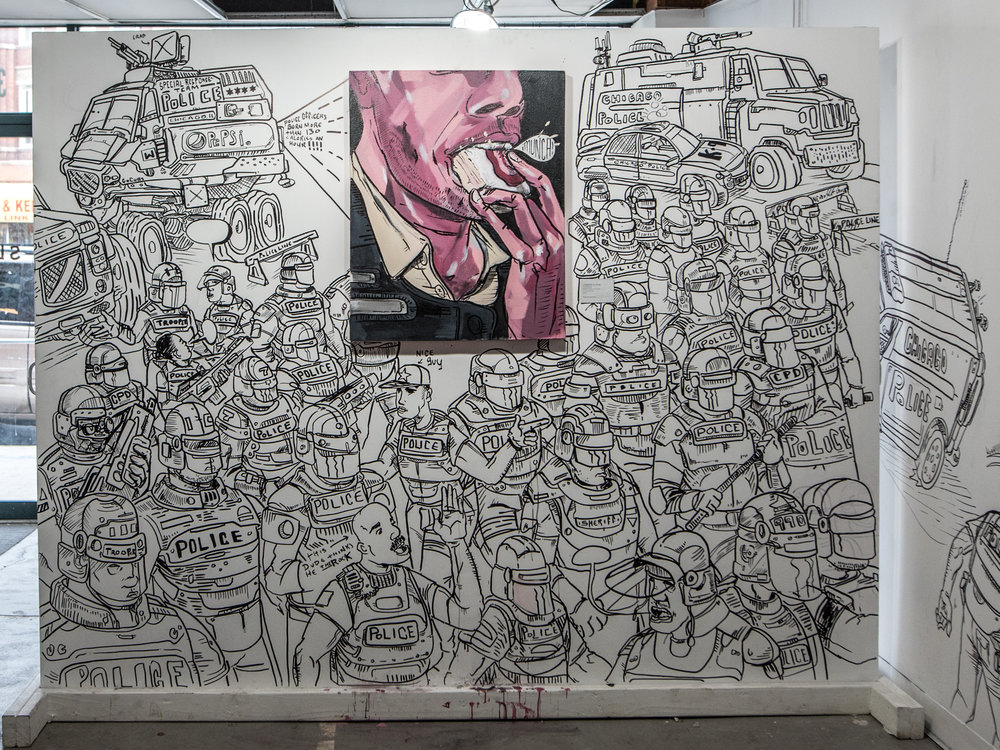 AMFM: What role does documentation play in your process? How often do you capture your process and why?

ALLSTON: I almost never capture my process, but I have friends with cameras that pop up sometimes. I love what they capture. It’s been super helpful but pretty unintentional on my part.

AMFM: You’re very well-traveled but have recently planted yourself into the New Orleans community. What about New Orleans’ story inspires you to pull together all the material you’ve collected across the country? Where does this inspiration show up in your most current body of work?

ALLSTON: New Orleans is home for me. I ended up here by accident and it’s been an incredible city for me to grow as an artist. I can hole up in the crib and make art for weeks, uninterrupted. The people who stay by me will come in, smoke blunts, tell stories and solve problems. That makes its way into the art I make, everywhere. The way the city looks and the way people move and communicate here is perfect. New Orleans tells stories better than anywhere else, all I have to do is listen. I have a series of drawings in the same style as what I just did in the “Radiant City” show. Those are all stories from New Orleans. 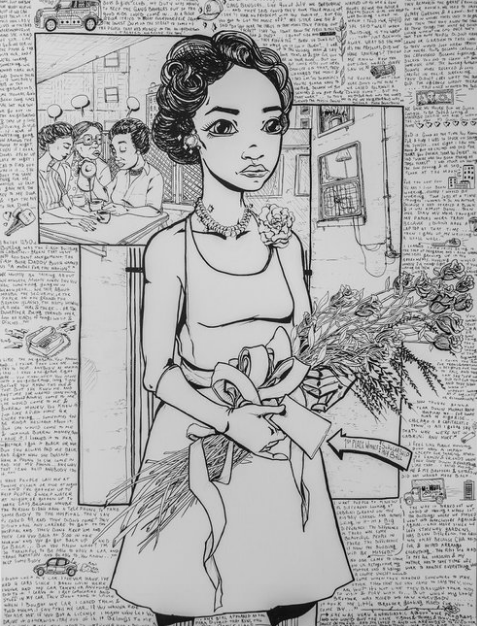 AMFM: What stories, if any, have you connected to but have yet to express in your work? What stories should we be on the lookout for in your next project or series?

ALLSTON:  The next series I plan to show is already done to be honest. It’s about 20 drawings, between 6 feet and 10 feet tall that are about my life and the way I look at the city I live in. There are a lot of pieces about being in love, a lot of pieces about watching my hood gentrify, and some self-reflection about how moving where I moved is a part of that process. Really it’s just a lot of drawings about me trying to be as honest as possible about the world around me and my place in it.