DJ Skoli Takes the L for the W..

Nikko Washington answered the phone on the first ring. Within the first few minutes of the call, it’s immediately clear that he is the kind of person who shows up for people. Conversation comes easy to him—he’s grounded in his intention and thoughtful with every answer, and no matter how many times he’s been asked the same question, he’s willing to offer a new perspective. That personability is not only clear when you have a one-on-one conversation with Nikko. His artistic career has been dappled with projects that show his appreciation for his friends—notably, collaborations with his lifelong musical friends like Noname, Vic Mensa, and Kami—as well as his community, offering it pieces that expose the deeply politicized and polarized nature of Chicago and, more so, his own place in the world.

In many ways, Nikko has tapped into the hum of Chicago’s ever-changing landscape. As a life-long resident who grew up in Hyde Park and has moved from Pilsen to the West Side, he has his ear pressed to the evolution of the city, the people inside it, and the things that shape it. As neighborhoods change, he does too, building and breaking routines while staying aligned with his need for change. Through his art, Nikko conveys the complexity of movement, tests the limits of today’s fractious political landscape, and represents the nuances of his own experience. He discusses these themes, music, and more with our writer KC Esper. 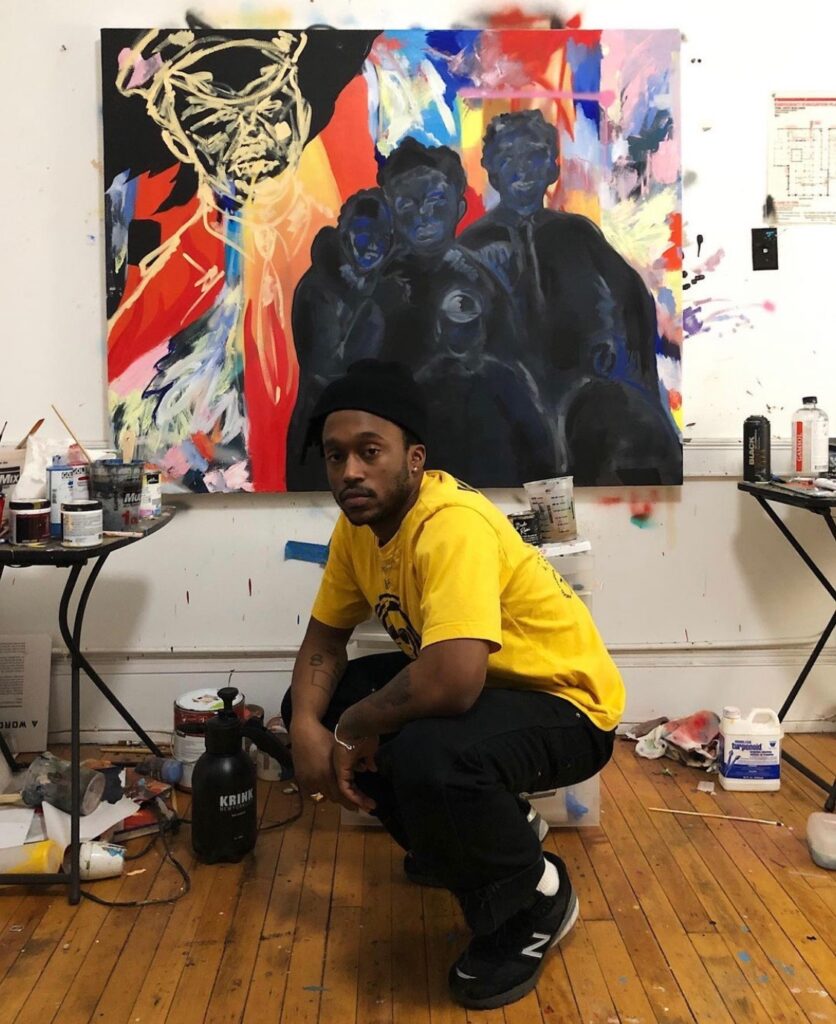 AMFM: You’ve lived in Chicago your whole life and have moved around the city. Do these moves, and seeing the city change, have an impact on your art and what inspires you?

NIKKO WASHINGTON: I think seeing the city evolve and change for better or for worse has impacted my work in a moral sense of what I want to try to do and speak about in my work. Displacement and gentrification, early on, was a big topic of focus in my work and a field of interest for me, but I see how that perspective can change when you are the one moving into a different neighborhood. You realize there’s different types of gentrification and different ways neighborhoods can shift. Seeing new perspectives and meeting new people and feeling new energies are always going to inspire you in different ways. I’m a person of routine and habits. I like to walk the same paths through a neighborhood and go to the same spots. There’s something about that that impacts my day-to-day life and bleeds into my work. The stuff I see, the colors on a wall, or the people I talk to everyday helps clear my head and get me into a space to work.

AMFM: How has that routine changed this year?

NIKKO: This year has been interesting, but it’s made me look inward and made me look at my habits and be more focused on how I use my time. I’ve been making work purely for myself, which was refreshing because there weren’t shows or anything planned because of everything going on, so, everything I was working on in my studio was coming from a new start, and I really welcomed that. It allowed me to open up and think about different things. I moved into a new studio, and I got to look at the work on the wall like it would be in a show. And as I produced another piece, I saw the last one I made next to it and saw how those two works were speaking to each other. I was really in a good groove with that. I was making work completely for me and not for any particular purpose. 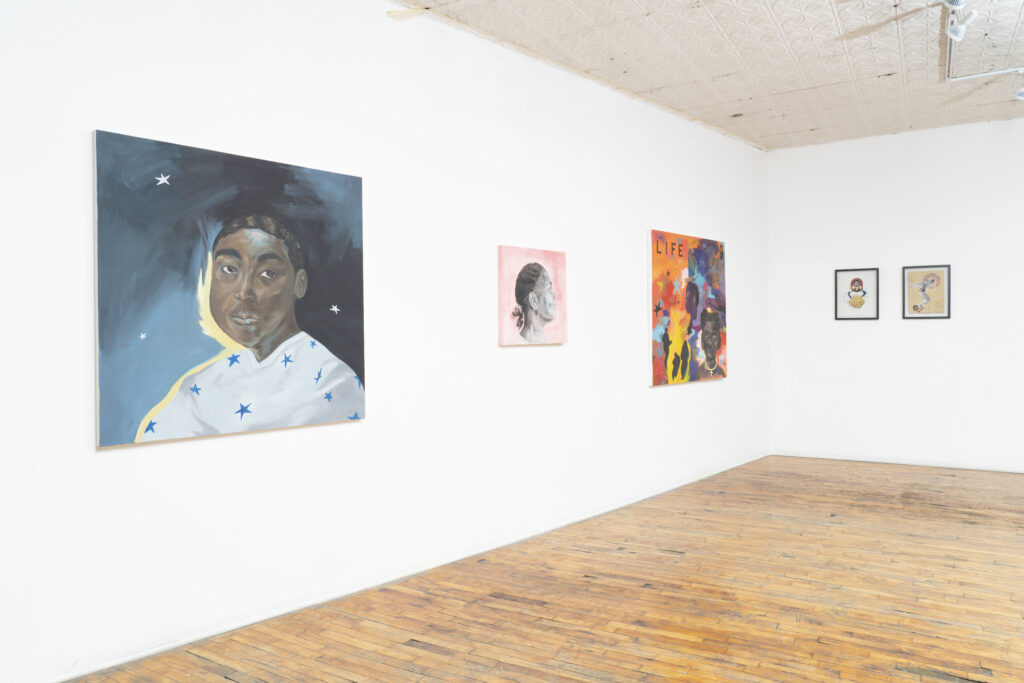 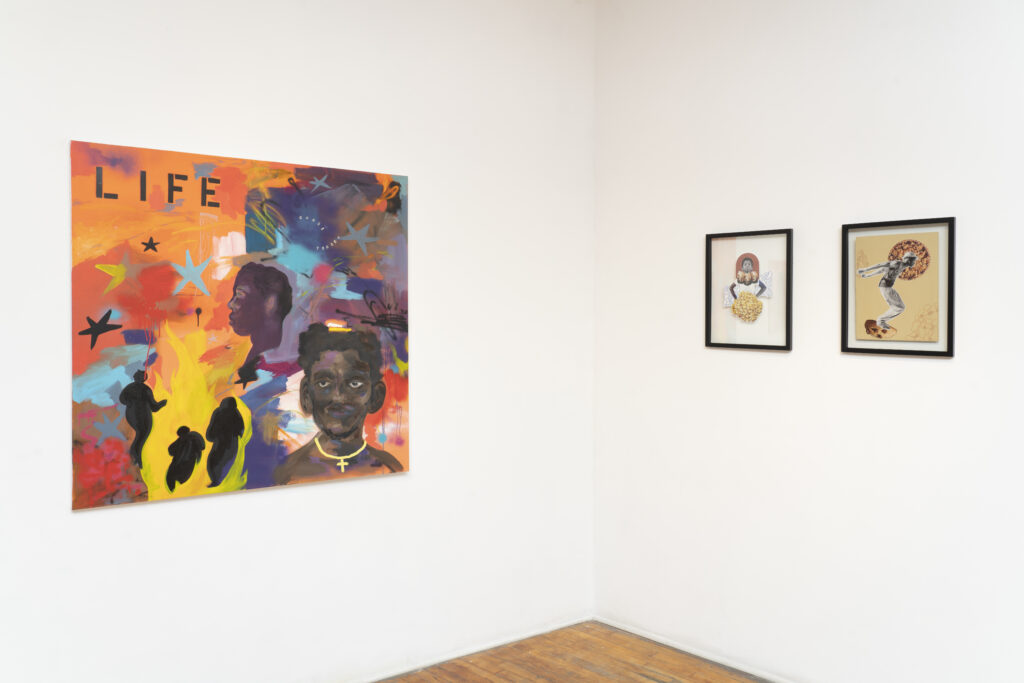 AMFM: How did those pieces work when they were finally shown off in your most recent show at Heaven Gallery?

NIKKO: The work I was making aligned well with other artists’ because theirs experimented with past, present, and future, and that’s something I focus on. Greek mythology is a big part of my work, and early African religion, and also looking at the social climate we’re in now and how that relates to young, Black men in the 70s and 80s. I’m working on a series that looks at high school yearbooks from then and comparing them to now. A lot of people haven’t finished high school—maybe they were locked up and couldn’t complete it. So, it’s something I’m reckoning with in the work.

AMFM: Do you think noticing how history repeats itself shapes you or how you want society to look in the future?

NIKKO: I think history repeats itself because people fail to learn from it, so for us to shape a better future we have to learn from the mistakes of the past. I think learning as much as you can about the systems in play and how they come to be helps push the conversation in a new direction and breaks from the cycle of history repeating itself. I think now there is a resurgence of this notion because of the political unrest in America, and particularly in Chicago. COVID triggered this resurgence of learning and reading about past movements and how it relates to now. That’s important. 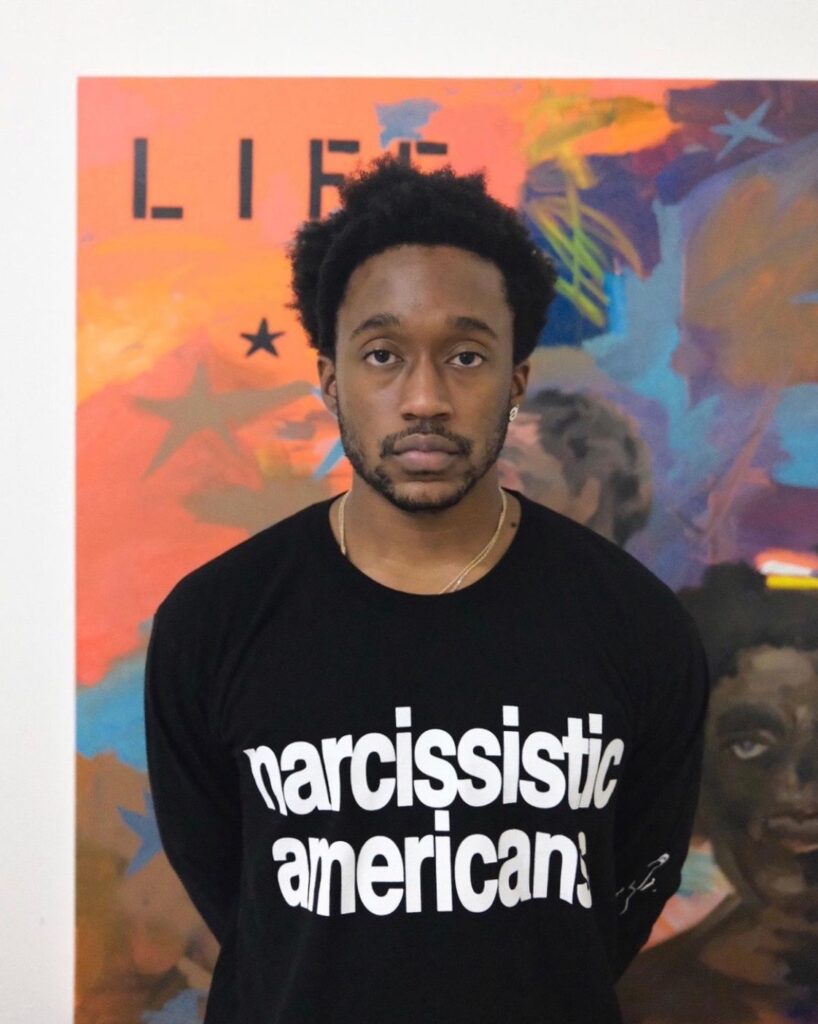 AMFM: Do you find it’s hard not to be political in a climate like the one we’re in now, or is that something you embrace in your own artistic expression?

NIKKO: Blackness is politicized, it’s polarized, sometimes it’s weaponized, so I think my existence is political. I used to not welcome it in my art because I was worried about putting myself in a box, but I think that everyone has a voice and what you choose to do with that voice shows a lot about that person. For me to feel a way and not speak about it would be doing myself a disservice. I think my work will speak for itself—I know what I make and why I make it. I think the balance between my art and the climate comes with maturity. Obviously, we don’t live in a vacuum and the ideal to look at a piece in one way just isn’t how the world works. So, the balance comes the more I grow as a person and as an artist.

AMFM: Do you find that certain mediums get your point across betters than others or do you think they do different things?

NIKKO: The medium, no, but the application of it, definitely. Like, maybe typography is a more direct way of speaking than brush strokes and shapes. Sometimes overt messaging is unnecessary and kind of takes away the nuance of the work, but sometimes, I like that. It’s sort of a push and pull with other pieces. If I was doing a show, I like the viewer to stop, look, reset, and think about something deeper. 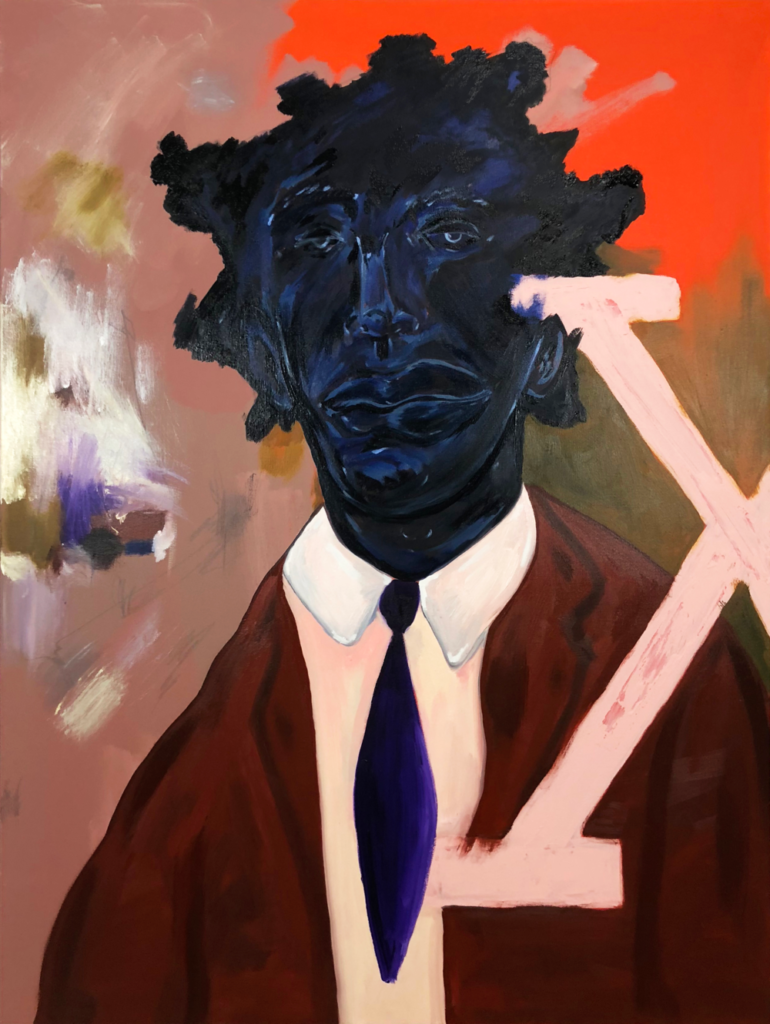 AMFM: And obviously music is a huge part of your creative process, too. Tell me about how your role with Savemoney and music in general influence your art.

NIKKO: Yeah, I would say music is a pivotal part of my process. I don’t have a musical bone. I can’t play an instrument, but my instrument is painting. I think music is the perfect way to set a tone and a mental state in a place. I think shows that have specific music or sounds to accompany the pieces very intentionally is cool. A concept for a piece can be in my head, but the music helps get it out. If a different song is playing, that would change the rhythm of my painting. I can’t sit still when I paint. I probably look crazy when I paint because I’m jumping around and working on three different things at once. It’s physical. If there’s a good rhythm, I’m going to work differently. I could probably work with no music playing . . . but it would be a pretty terrible piece.

NIKKO: In 2021 I want to get back to showing in person and allow people to see and feel the work. I want to have conversations with people and really create an experience with the work on a different scale than a catalogue. I’m going to keep continuing to push myself and keep making cohesive collections and bodies of work that speak to the current language.